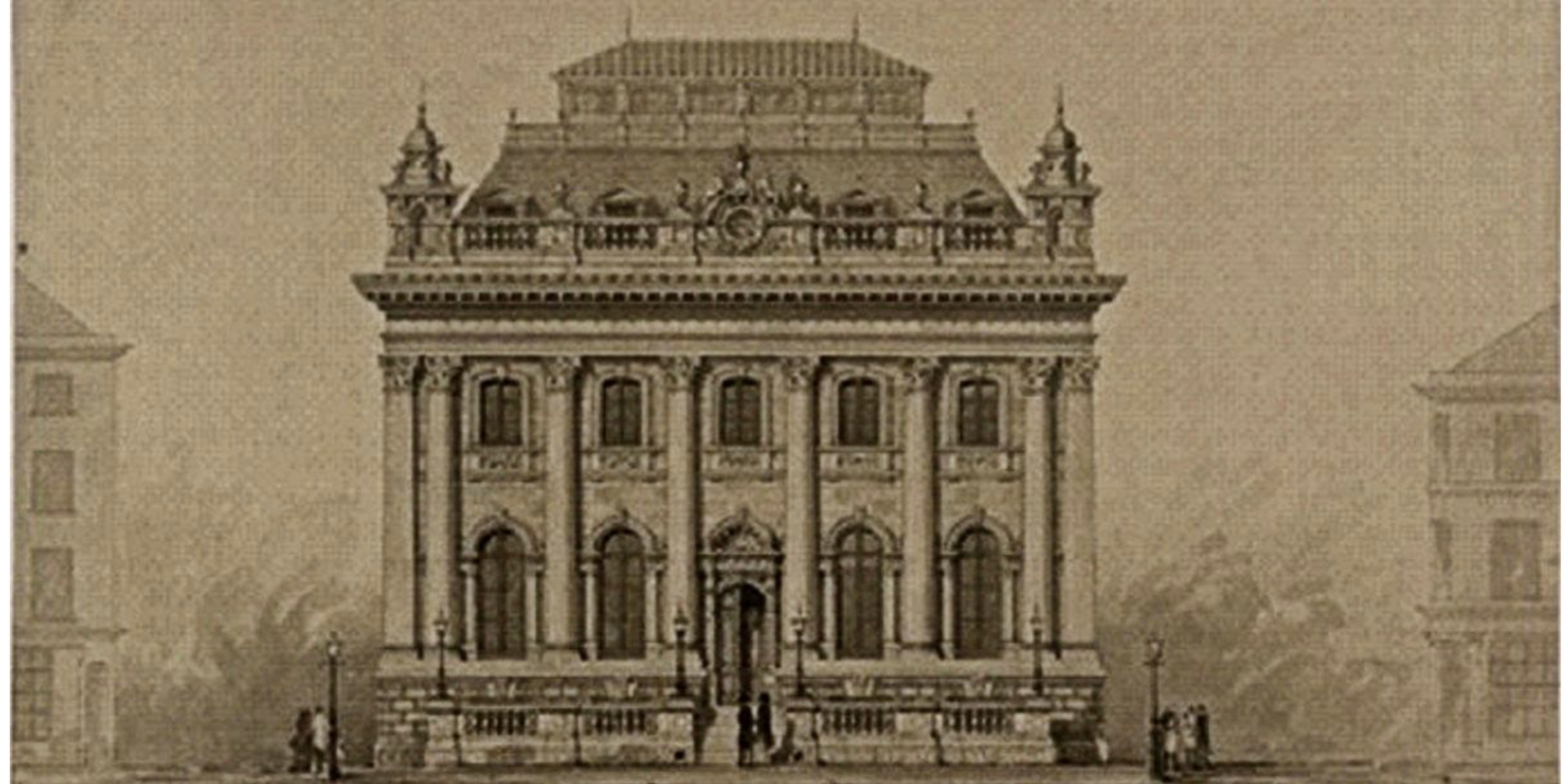 The beginnings of the Blackburn Exchange building can be traced back to at least the early months of 1846. On the 4th of February of that year, an advert appeared on page 1 of the Blackburn Standard inviting architects, builders, etc, to submit plans for a Public Exchange which, it was intended, would be erected in the town’s old Market Place at the top of Church Street. The site, which had been purchased from the Executors of the late John Fleming Esq., a prominent merchant of Blackburn, comprised of six shops and the New Bull Inn and fronted eastwards to the Old Market Place, northwards to Church Street, and southwards to a street leading into Fleming Square. It was originally intended that all of the existing properties on the site would be demolished and a new building would be erected. A map of the intended site was available from the office of Peter Ellingthorpe, solicitor, and plans for the Exchange building were to be submitted on or before the 31st of March 1846. The requirements for the design included that the News Room should face eastwards to the Old Market Place and that the front should be divided into five bays and the sides into three bays thus deriving light from the east, north and south, and also, by a recess, from the west. The chief entrance was to be situated in the principal front with the introduction of subsidiary entrances from the street on one or both sides. In a change to the original requirements, it was decided that the New Bull Inn, which faced southwards onto the street leading into Fleming Square, should be incorporated in the general plan, to the entire extent of the south front, as it would add to the dignity of the whole building, as well as to the repute of the Inn itself. It was also generally agreed that the addition of a tower would form a characteristic
feature of such a public building. It was further agreed that the design should be of a Grecian or Italian style in preference to a Gothic style. A £50 bonus would be awarded for the best approved plan. 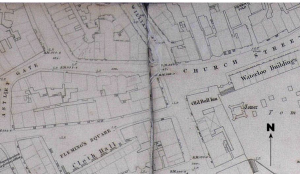 The intended site for the Blackburn Exchange Building was in the block to the west of the junction of Darwen Street, Church Street and the street leading into Fleming Square. The New Bull Inn has not been identified on the plan but was apparently midway along the first stretch of the north side of the unnamed street leading west towards Fleming Square.

Thirty designs were submitted and went on display in the Heaton Street Assembly Room in July 1846. One commentator, after being afforded a preview, reported in the Blackburn Standard that the room was completely filled with plans and elevations and sectional drawings from artists of the first celebrity from all parts of the kingdom. Some of the plans and sections had been executed in a style of art which strikingly approached the pictorial in effect, giving the Assembly Room all the appearance of an artistic exhibition and should the committee have decided on one or other of the more elaborate plans, the town of Blackburn would have been able to boast of one of the handsomest commercial structures to which the march of modern improvement had given birth. The plans then went on general view to the public on the 29th of July with tickets being available from the office of Peter Ellingthorpe, or from the Blackburn Standard office.

By the end of August 1846, the winning design, by Messrs Breakspear and Dixon, of Manchester, had been chosen by Professor Sir C R Cockerell , R. A. The winner, William Hayward Breakspear (aka Brakspear) had been a pupil of the late Sir Charles Barry, the English architect who, amongst other things, had been involved in the rebuilding of the Palace of Westminster (Houses of Parliament) in London. It was anticipated that a prospectus for the formation of a joint-stock company to carry out the project would be issued later in September. Breakspear’s 1846 designs still survive in the archives of the Royal Institute of British Architects. 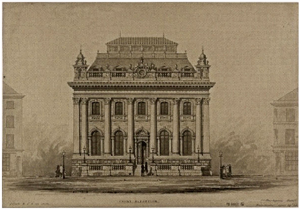 William Hayward Breakspear’s winning design for the front of the proposed Blackburn Cotton Exchange, as it would have been if viewed when approaching along Darwen Street.