Three weeks after the laying of the foundation stone,  a notice was placed in the local press by the secretary of the Exchange Committee advertising that a property called “The Exchange Hotel” was to be let with possession on the 12th of May 1863. The property was advertised as a capital hotel centrally situated opposite to the Town Hall and near to the Market Place. The notice added that the Exchange Buildings and News room were now being erected contiguous to the hotel and expected to be finished at Midsummer 1864. Tenders for the hotel were invited from principals only, stating rent for one, two, or three years, on or before the 1st of May, to Messrs Ainsworth & Son, Solicitors, Exchange Street (formerly William Hoole Street), Blackburn. The Exchange Hotel was the previously named Feilden’s Arms, tenanted in April 1863 by William Byrom, and this was the earliest notification that the name of the Inn had been changed. It had been recorded as the Feilden’s Arms as recently as the 24th of January 1863, when Alderman James Cunningham had given a dinner there for visitors for St Peter’s Ward, so the renaming must have taken place sometime during February or March 1863. Renaming the Feilden’s Arms as the Exchange Hotel might suggest the purchase of the property by the Exchange Company but this is far from certain. Whilst they may have had an interest in it, they had yet to fully purchase it. The renaming could suggest that the plans to demolish the Inn and either incorporate the site into the Exchange buildings, or to erect a new hotel, may have been abandoned, or at least, shelved. 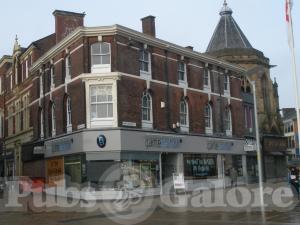 The change of the Inn’s name from the Feilden’s Arms to the Exchange Hotel was not the only change influenced by the under-construction Exchange building; across the road from the construction site, on the north side of the Town Hall, was a street formerly known as William Hoole Street but around the same time that the Feilden’s Arms had become the Exchange Hotel, William Hoole Street had become Exchange Street. Not everyone had been happy about the change of name and at a Council meeting in February 1863, Councillor Shackleton had asked whether it would be the proper time to inquire why William Hoole Street had become Exchange Street. He believed that it had been named William Hoole Street in recognition of the services which Mr Hoole, late alderman, had rendered to the borough, especially in connection with the Town Hall. After discussion, it was acknowledged that the name William Hoole Street had never been affixed to the street, as, had it so been done, it could not under bye-law be changed. The penalty for removing or defacing the name of a street would have been £2 and costs. When asked by Councillor Arthur who had authorised the new name to be put up there, Councillor Caughey admitted that he had and he would dare him or anyone else to take it down. James Caughey had been one who had sold land on King William Street to the Exchange Company for the new Exchange building. The matter was dropped with the Town Clerk stating that when a street had been dedicated and named as this had by the Council, it could not be altered.

The third Annual General Meeting of the shareholders of the Blackburn Exchange Company (Limited) was held in the Company’s Offices in Exchange Street on the 6th of May (1863) but as yet, no report of this meeting has been found. 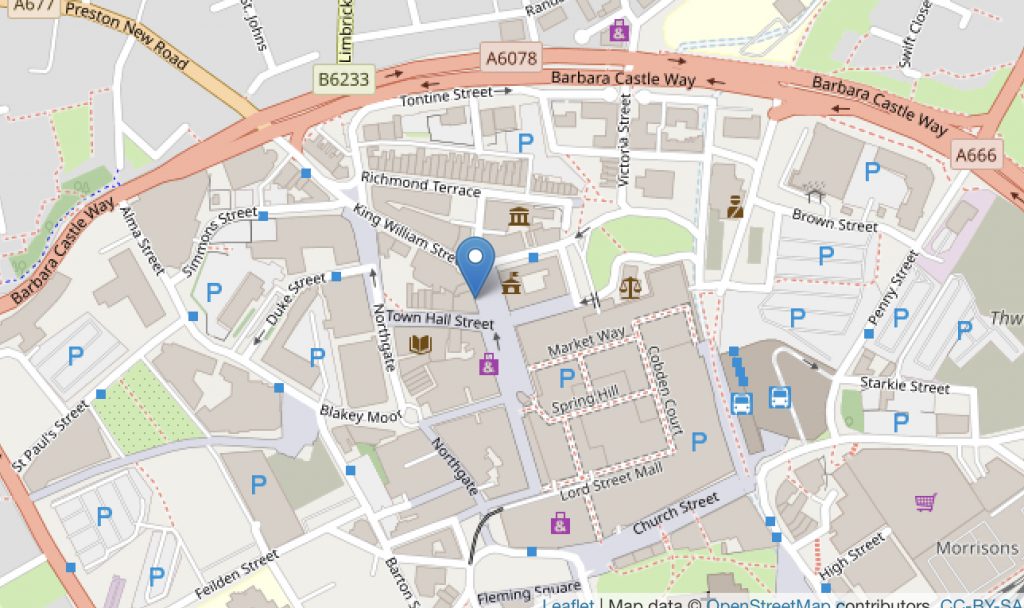 The recently renamed “Exchange Hotel”, under landlord William Byrom, made its first appearance in the local press under its new name on the 6th of June 1863 when it was advertised that an auction of various properties would be held there on the 10th of June. Work on the superstructure of the Exchange building continued though sometime around April 1863, the directors of the Exchange Company had felt that the work had not been progressing with the spirit which was wished for and, as a result, the contractor, Mr Farrell, sub-let the stonework to Messrs Gabbott and Son, of Liverpool, who commenced in August 1863 and thereon continued the work in a satisfactory manner.

William Byrom, landlord of the Exchange Hotel, appeared to be experiencing financial difficulties by the end of August 1863. On the 2nd of September, in Her Majesty’s Court of Bankruptcy for the Manchester District, an Adjudication of Bankruptcy was filed against William Byrom, publican, joiner and builder, late of the Exchange Hotel, Blackburn. One day later, in the borough police court, the innkeepers’ licence for the Exchange Hotel was transferred to a new tenant, Thomas Latham. Latham, at seventy six years of age, was reputedly the oldest licensed victualler in the borough.