The Exchange as an Art Sales Room 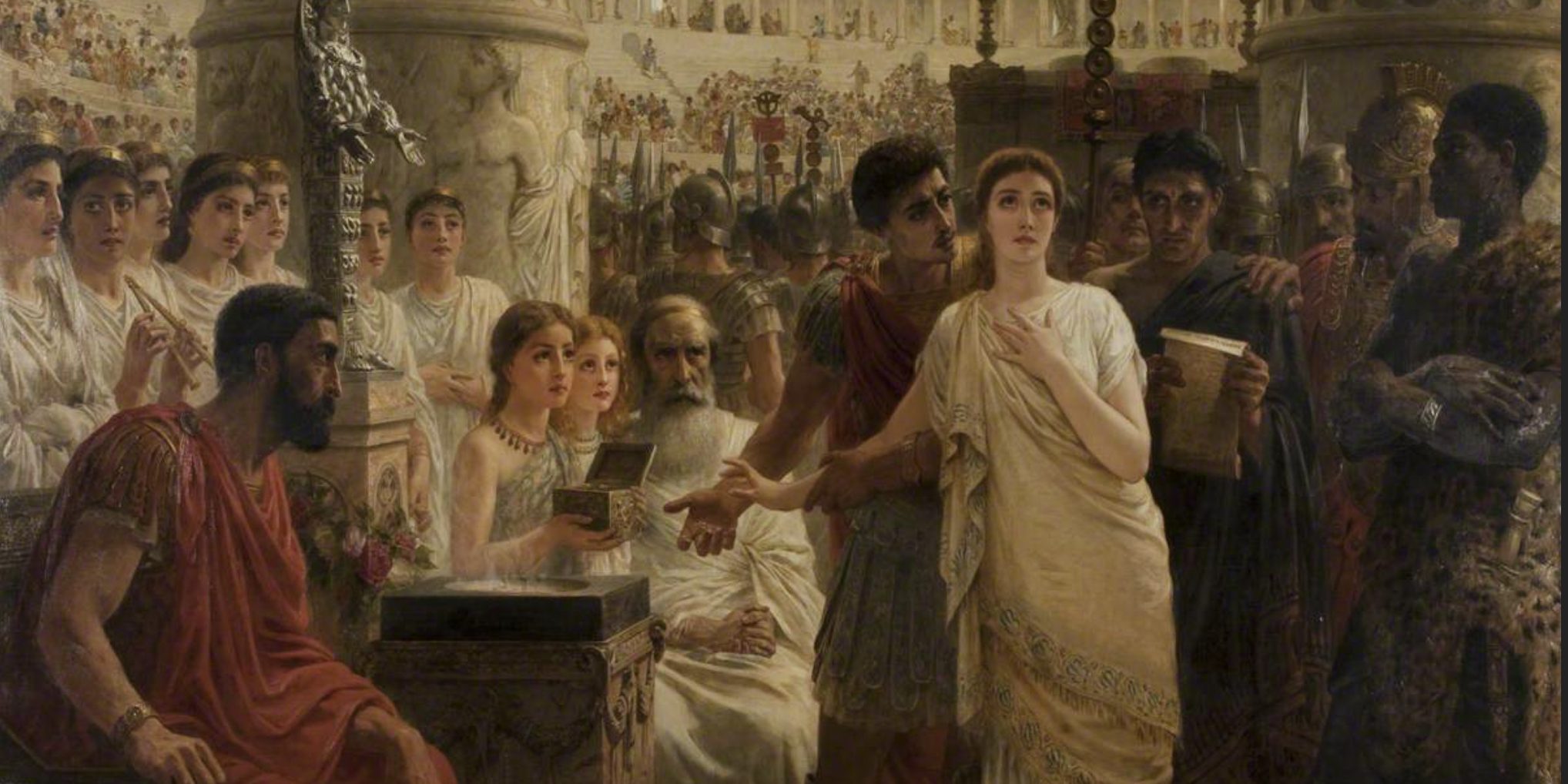 In October 1889 this painting was the property of the Thwaites family and black and white artist’s proofs of this painting were exhibited for sale in The Exchange by a company called Messrs Thomas Agnew and Sons. The original of this painting was gifted to the Blackburn Museum and Art Gallery in 1919 after the First World War where it still hangs today.

These copies were produced by a process which was called photogravureis, an intaglio printmaking or photo-mechanical process whereby a copper plate is coated with a light-sensitive gelatin tissue which had been exposed to a film positive, and then etched, resulting in a high quality intaglio print that can reproduce the detail and continuous tones of a photograph.

The subject matter of the dilemma of Christian faith and a sacrificial life was very popular in Victorian culture and linked with the themes of post war Britain.

You can see the original full colour painting on display across the road from The Exchange at the Blackburn Museum and Art Gallery and read all about the story of the painting here: https://blackburnmuseum.org.uk/blog/diana-or-christ-edwin-long-1829-1881-by-anthea-purkis/