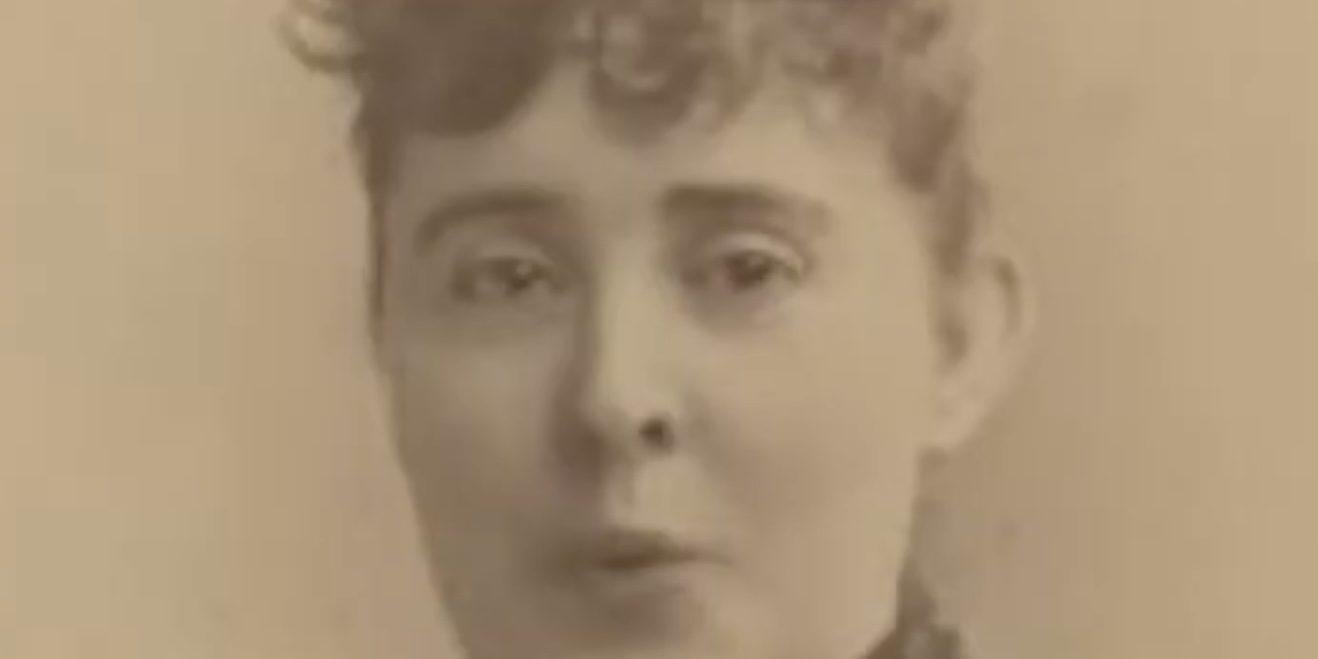 Known as ‘La Belle Siffleuse’ (The Beautiful Whistler) since her 1886 debut at a New York charity ball, Alice Shaw was a touring sensation in the late 1880s and performed in Blackburn at the Exchange Assembly Room on 29 November 1889. Her doctors decided the high, narrow roof of her mouth produced her dazzling talent, but Alice credited her virtuosity to continuous practice. This recording was made at an appearance in London on August 14, 1888, making it possibly the earliest musical celebrity cylinder recording.Recording of Alice Shaw 1888 You Tube 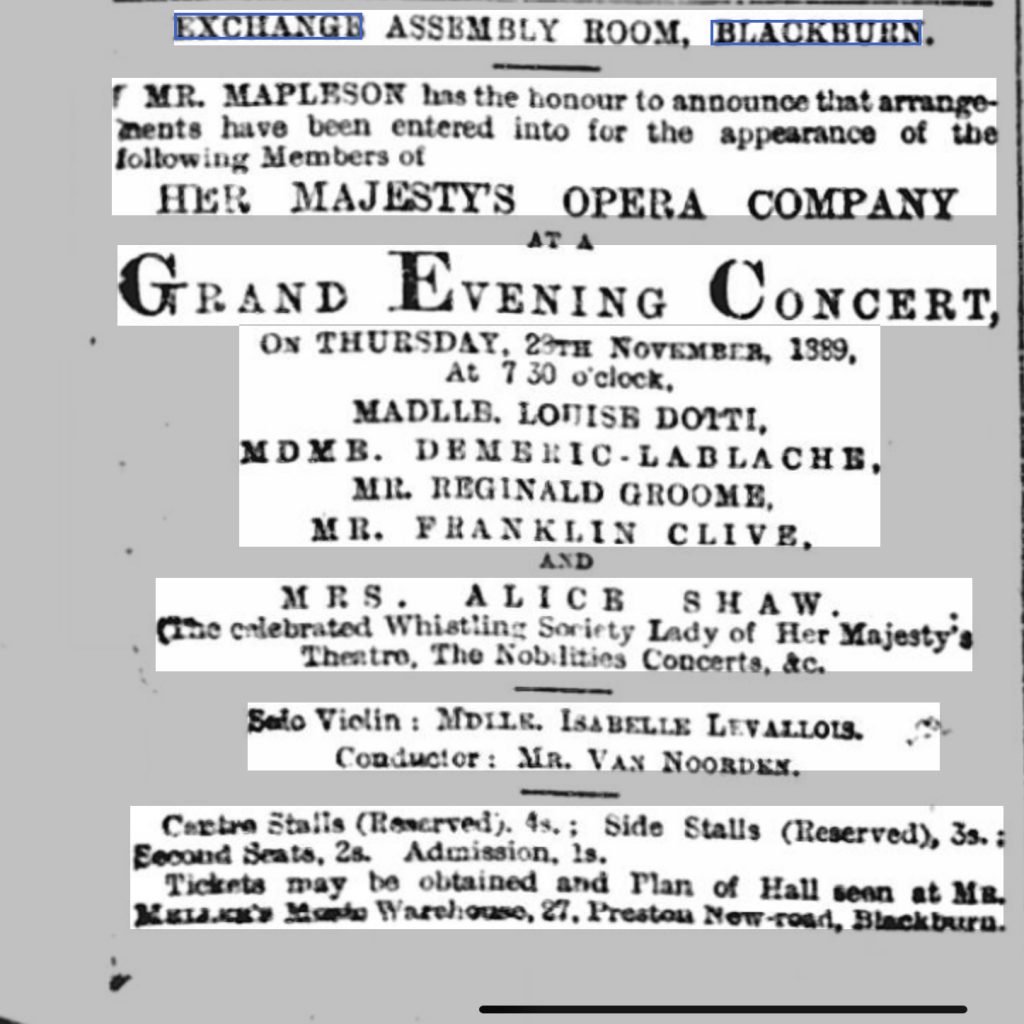