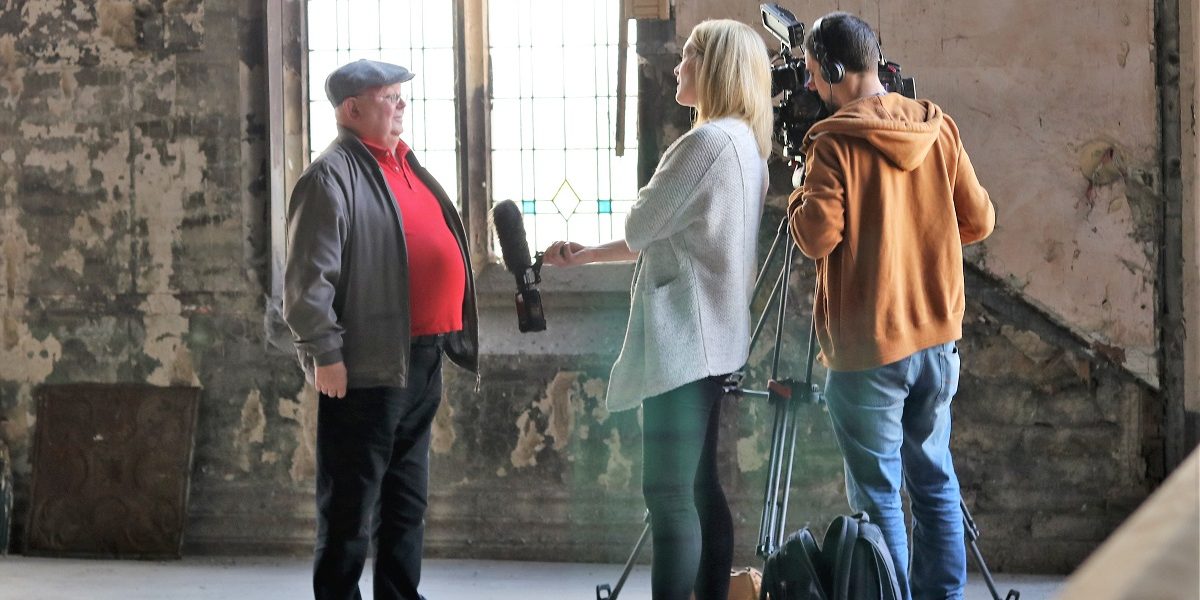 We’re delighted that The Exchange, Blackburn was selected for BBC Northwest Tonight’s coverage of the national Heritage Open Days festival, one of 5,000 events across the UK coordinated by the National Trust with funding from the players of Peoples Postcode Lottery.

This film also features the late Ray Smith of Blackburn History Society and Rory Lushman who was a projectionist and later a manager of the cinema. Rory was one of a number of past staff who came along with patrons on the day. Beccy also spoke to Jean and Barry Greenwood from Blackburn.