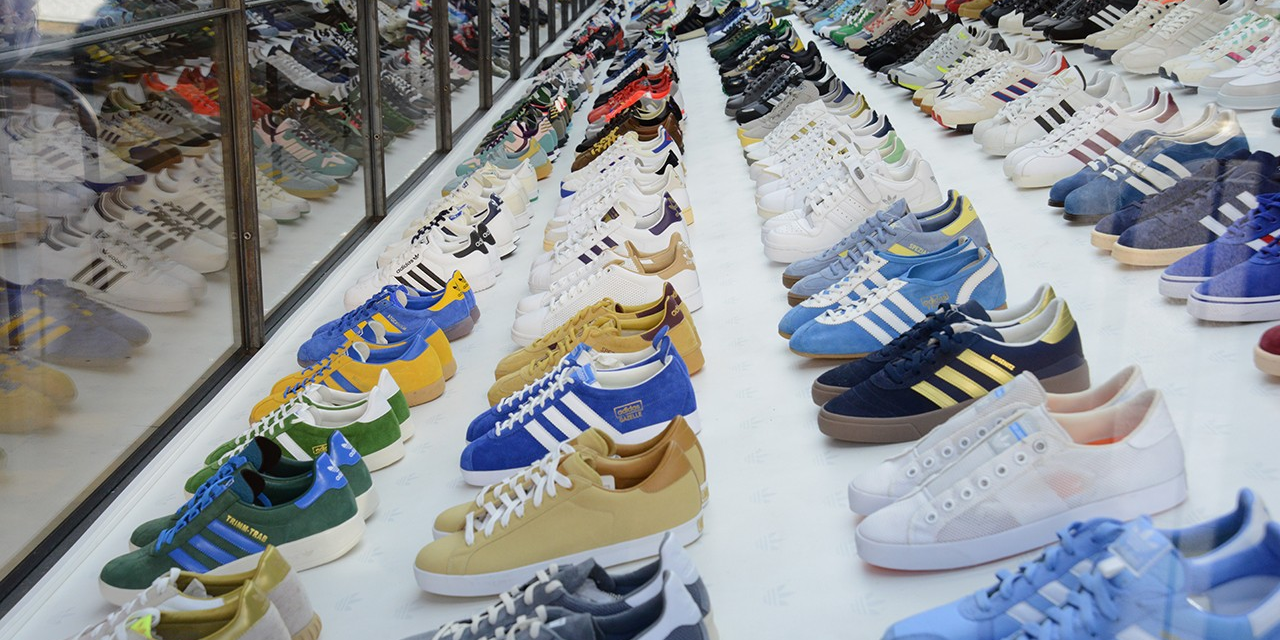 21,000 people from all around the world descended on the Exchange for the launch a new adidas trainer named after the town. The sportswear giant launched the Blackburn SPZL at a major exhibition which featured over 1,000 pairs of adidas footwear from past and present.

The Blackburn trainer was designed by Darwen-born Gary Aspden who has worked for adidas for over 20 years and its green and red colour scheme was inspired by the Red Rose of Lancashire.  The limited edition Nightsafe version of the Blackburn trainer was made available to collectors at the exhibition. Only 200 pairs were released featuring the charity’s logo attracted global interest. All proceeds from the limited edition trainer went to Nightsafe to help homeless and vulnerable young people in Blackburn and Darwen.

A full programme of events including gigs, talks and screenings took place within the exhibition. Workshops were held in the basement studio spaces. Entertainment featured special guests and friends of adidas such as Stone Roses frontman, Ian Brown, Happy Mondays, Rowetta Idah and magician, Dynamo.

VIEW THE EXHIBITION IN THIS 360 TOUR CREATED BY GARY MCLARNAN

National Coverage in The Guardian: https://www.theguardian.com/artanddesign/2019/oct/03/sneaker-fans-clamour-for-adidas-designers-lace-up-tribute-to-home-town-blackburn

An interview with Gary ASPDEN: http://peopleplacetimespace.superslowway.org.uk/project/gary-aspden